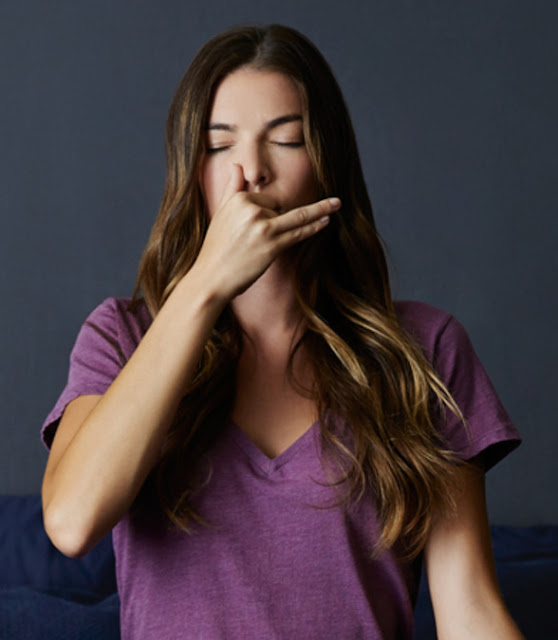 An ancient Indian yogic discipline, concerned with the control of breathing, Pranayama, is devised from a combination of two Sankrit words- Prana (breathe) and Yama (Control).
A set of breathing techniques, Pranayama, is a practice where the breath is intentionally regulated. Its origin has been traced back to ancient India.As mentioned in the verses of Bhagavada Gita, “Pranayama" is a "trance induced by stopping all breathing.”Researchers and experts of Modern Science have supported the theories mentioned in ancient Indian religious texts that say regular Pranayama is capable of treating asthma, stress related disorders like, anxiety and depression.There are in total eight different types of Pranayam that are beneficial for varied ailments. This is one of the many ancient practices that heal our bodies internally. Ideally, one must dedicate at least 30-40 minutes to complete the entire 8-pranayama series. So, let's explore and imbibe this knowledge.

Ujjayi Pranayama
It involves making of sound from throat. Some experts opine that it lowers blood pressure. Some say, that it is useful in treating diseases of ear, nose ad throat. From an Ayurvedic point of view, it stimulates Udana type of Vata, which controls functions like speech, memory, immunity and enthusiasm.
Anuloma Viloma Pranayama
It is a derivative of Nadi Shodhana, excluding the breath holding phase. It balances Tridosha.
Kapal Bhati
Here, the air from lungs is forcefully exhaled. But inhalation is made involuntarily. Many use this Pranayama in the initial phase of meditation. It helps to improve alertness and concentration. Kapha is related to obesity, and this Pranayama strengthens abdominal muscles and helps to burn calories. Hence, it is beneficial for Kapha balance.
Agnisara Pranayama
The air is exhaled out and at that point, abdominal muscles are fanned. This improves digestion power. Hence, it increases Pitta at the level of stomach and intestines. It also activates Vata in large intestines, due to increased abdominal pressure, during this Pranayama.
Bhramari Pranayama
It is more targeted towards mind and spirituality than the body. It balances all the three Doshas. I have heard from a Spiritual Yogi that this makes you “think before you talk” – Based on this explanation, it can be said that it helps to control Vata in mind and in speech. It also increases Kapha to a minor extent.
Nadi Shodhana Pranayama
Balances all the three Doshas- Mind, Body and Soul.
Sheetkari and Sheetali Pranayama
It is a coolant breathing exercises. Mitigates Pitta and increases Kapha and Vata Doshas.
Surya Bhedana Pranayama
It generates heat. It increases Pitta Dosha and decreases Kapha Dosha.
Bhastrika Pranayama
It is meant to increase blood circulation and to activate body channels. It increases Vata to a great extent, and Pitta to a lesser extent.

Practised through left nostril, influences Ida nadi. It is relatively coolant in nature. Hence it will not increase Pitta, but increases Vata and slightly Kapha.

Done through right nostril, influences Pingala nadi and increases Pitta more than Vata.
Types of Doshas
Pranayama is specifically beneficial in curing three types of Doshas- Vata, Pitta and Kapha. Following slides would explain in detail the above mentioned doshas.
Vata Dosha
Since it involves breathing, all the Pranayama increase Vata in general. Breathing itself is a Vata activity. But because it involves sitting, and there are concepts of mind control, Vata is not elevated to an extent that it causes diseases.

Certain type of Pranayama, which generate heat, or stimulate Pingala Nadi tend to increase Pitta, and those that are coolant, like Sheetali and Sheetkari mitigate Pitta.

Sitting is an inactive pose of the body, hence sitting for long increases Kapha. Hence pranayama does gently increase Kapha. But it, being a mentally very active exercise, and breathing going on in a rhythmic manner, Pranayama does not cause Kapha increase to an extent that it causes disease. Those types, which generate heat like Kapal Bhati decreases Kapha.