Each Saligram Sila has different shape and size. So, don’t compare with the picture. Saligram Sila stone is Lord Vishnu himself. There is residential of Goddess lakshmi, Saraswati, Ganesh and all god in that house where Saligram is kept and worshipped. If we keep this stone in our house, then no bad things be happenned.

God Vishnu is easily pleased, if someone offer tulasi leaves to saligram in worship of this. Salagram is kept nearby of Tulasi Plant.

If we keep tulsi (Basil) and Saligram together; it will not create poverty, money problem, unhappiness, fearness, illusion in that house.

Salagram sila is also known as Muktinath Salagram. Lord Vishnu (Muktinath) provide freedom from trouble to every Jiva. For orginal shila you Rub your gold silver ring on it, if the mark or scratch is there that means shila is original.

The marks made by the shell of the ammonite give a Shaligram its characteristic appearance, with the pattern often resembling and representing the 'Sudarshan Chakra' or the discus with a sharp-toothed edge which rests on the index finger of Lord Vishnu. Shaligram stones come in dfferent colors such as red, blue, yellow, green and black. Of these, the yellow, blue and black varieties are considered more sacred. The yellow and golden-colored Shaligrams are considered most auspicious and are believed to bestow great wealth and prosperity on its worshippers. Some benefits of Shaligram Shila's are given below:

2. The Shaligram is the most sacred stone worshipped by the Vaishnavas and is used to worship Vishnu in an abstract form i.e., God without form as a 'Saligrama'. The use of the Shaligram is similar to the use of 'Lingam' as abstract symbol of Lord Shiva. The Shaligram is found in river Gandaki near Muktinath in Nepal.

3. There are numerous popular beliefs concerning salagrama. Salagrama alongside Tulasi leaves and conch (samkha), placed in one plate is regarded as most meritorious.

4. Any religious observance, gift, consecration, obsequies, and worship should preferably be done in association with a salagrama.

5. Regarding the obsequies or the last rites (sraddha), it is usual to conduct such ceremonies in front of a salagrama. For that would ensure the departed spirit reaching Vishnu’s abode directly: and subsequent death ceremonies would become unnecessary.

6. When the dying person is made to sip a little of the water in which the salagrama-stone is bathed, he will be freed from all sins, and will reach the heavenly abode of Vishnu. And death itself when it occurs in the presence of a salagrama-stone will pave the way for Vishnu’s realm, for Vishnu is present in that stone.

7. The rites of expiation of sins (prayaschitta) becomes effective more by drinking the water in which these stones are washed than by gifts or fasting or by observances of various kinds.

8. In times of solar or lunar eclipse, whatever ritual is undertaken becomes all the more effective when done in front of a salagrama-stone so says Hemadri.

9. It was practice in the olden days to ask the witness to hold a salagrama in hand while testifying in a court of law; if he uttered utter falsehood, he was believed to suffer immensely and long as a punishment.

10. Merely looking at a salagrama stone would wash away the sins of the beholder, even as the mere sight of a lion would make the antelopes run for their lives in the forest. 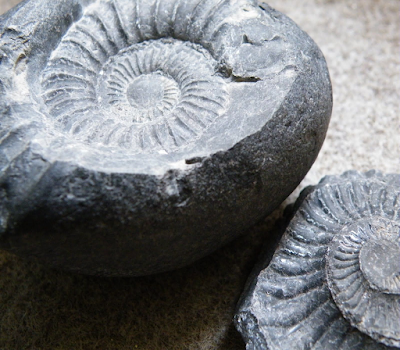